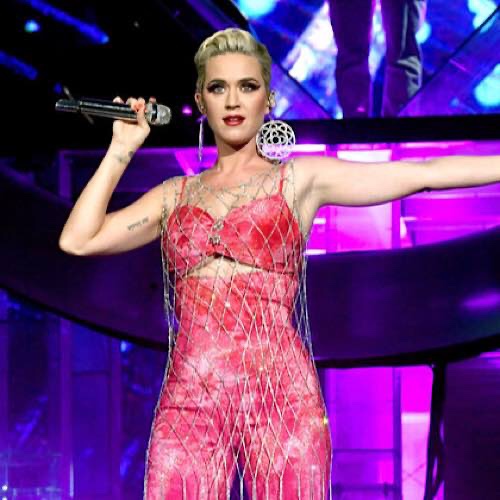 Katy Perry Has Been Inspired By Taylor Swift To Create A Documentary About The ”Juicy” Chapters Of Her Life And Career.

The ‘Chained to the Rhythm’ singer – who welcomed her first child with fiance Orlando Bloom, a baby girl named Daisy Dove, into the world last month – has revealed she’s been collecting footage from the road since the release of her 2017 album, ‘Witness’, and she’s gradually building up each chapter to form a future film.

As per the Daily Star newspaper’s Wired column, Katy said: ”At first there was a thought about putting something out, but as time goes on the story gets juicier.

”I say that because I think that ‘Witness’ time of my life is just one chapter in a very large book that is yet to be finished.

It was seeing former rival Taylor’s Netflix doc ‘Miss Americana’ which made Katy want to create her own flick that expanded on more than just one stage in her career, like her 2012 musical documentary ‘Katy Perry: Part of Me’ which was about that tour only.

She said: ”What I was really ­impressed by was Taylor’s documentary.

”That whole time she’s just been documenting intense amounts of footage and that’s not over one tour or one record cycle.”

As well as her high-profile marriage and divorce from comedian Russell Brand, 45, and her current relationship with ‘Pirates of the Caribbean’ star Orlando, 43, Katy has been an open book when it comes to her battle with her mental health.

The 35-year-old pop star recently admitted she was in the ”darkest place” when she battled depression.

The ‘I Kissed a Girl’ hitmaker went through a really dark time as she struggled with her career and personal life.

She said: ”I started writing these songs when I was in my darkest place. I was clinically depressed, I wasn’t even having bouts of depression, it was like I could not get out of bed … I think it was a combo of a lot of things. In 2017, my career didn’t really meet my own personal expectations, things started to shift, and I had broken up with Orlando [Bloom].

”I wasn’t getting high off of my own supply anymore and then I was like, ‘Oh wow, I’ve given all of the responsibility of my self-worth outward.”’

Meanwhile, after releasing her latest album, ‘Smile’, Katy has revealed she is keen to record an acoustic record. She said: ”In my life and in my career, that acoustic moment is going to exist. It’s just a matter of when.”