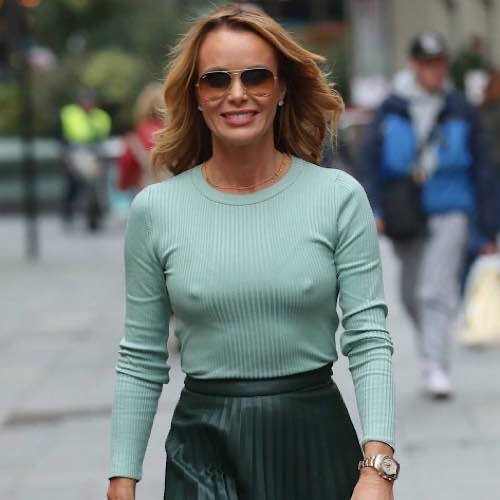 Amanda Holden Has Been Made Head Judge On ‘Britain’s Got Talent’ In Place Of Simon Cowell.

Amanda Holden has been made head judge on ‘Britain’s Got Talent’ in place of Simon Cowell who does not feature in the semi-finals due to him breaking his back in an electric bike accident.

Usually Simon, 60, leads the panel on the ITV talent show but after breaking his back in three places last month he was absent for the pre-recorded semi-finals.

The panel is also comprised of David Walliams, 49, Alesha Dixon, 41, and stand-in judge Ashley Banjo, who is a former winner of the programme as part of the dance troupe Diversity, and Amanda’s new responsibility means she gets the deciding vote on which act goes through to the final if the judges are split.

A source told The Sun newspaper: “It makes total sense for Amanda to be head judge with a deciding vote in a deadlock situation.

“She’s the only one, other than Simon, who has been there since day one and has seen it all.”

Simon suffered the major injury as he was testing a new electric bike with his six-year-old son Eric at his Malibu home and he required a lengthy operation, which involved having a metal rod inserted into his spine to correct the break.

Although he is still convalescing, Simon’s hope is that he will back on ‘BGT’ for the show’s live which will hit screens in October.

The music mogul was replaced in his role on ‘America’s Got Talent’ by Kelly Clarkson when the programme’s finals were recently recorded.