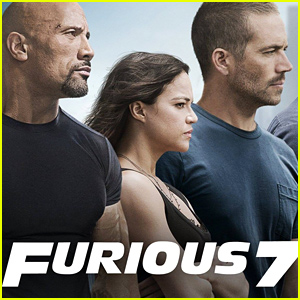 With Furious 7‘s massive success, many are wondering if Furious 8 will happen and what is in store for the future.

“Honestly, we’re just bathing in the success of this,” producer Neal Moritz told THR after the film’s massive $392.3 million weekend. “We’ll probably get together in a week or so to talk.”

The mag reports that once a release date is set for the 8th film, star and producer Vin Diesel will works with writer Chris Morgan, Neal and the director to create the story.

There is currently no director in the works for the film. James Wan, who directed the 7th film, was originally signed for the 8th as well, but after a very hard shoot and the death of Paul Walker that rocked the set, was released from contract to make The Conjuring 2.

“I’m open to anything. [The story] is going to have to be something enticing for all of us,” Neal added. “It has to be as good as or better [than Furious 7].”

As for the core actors, everyone’s contract will need to be renegotiated.

We’ll bring you any new updates about Furious 8 as they happen!