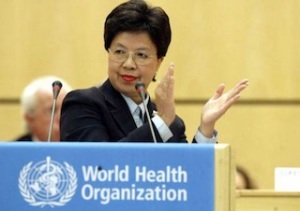 Six million people still die annually from smoking despite the growing awareness of the dangers to smokers and non-smokers, the World Health Organisation, WHO, said on Saturday to mark the annual World No Tobacco Day.

This death rate, the United Nations agency said, results from smoking-related ailments including cancer and hypertension.

It said while more than five million of the figure is the direct result of tobacco consumption, over 600,000 other deaths are the result of second-hand smoking.

The WHO is using the opportunity to call for higher taxes and improved price policies on tobacco products by countries around the world to frustrate consumption rate and discourage smokers from endangering themselves.

Currently, only eight percent of the world’s population live in countries with sufficiently high tobacco taxes, the health agency disclosed.

These include countries including France, the Philippines and Turkey which have successfully introduced strong tobacco tax policies.

“Raising taxes on tobacco is the most effective policy to reduce tobacco use. It is also the most cost-effective.

“It also breaks down the myths spread by the tobacco industry about the impact of tobacco tax increases. Lastly, it lists what WHO recommends for further progress towards more widespread strong tobacco tax policies,” WHO said, adding that if strategies are not put in place to frustrate smokers, the death figure could rise to eight million people by 2030.

Currently Nigeria is working on a Tobacco Control Bill that aims to discourage public smoking. Lagos State, western Nigeria also recently passed the Anti-Smoking Law which has been assented to by the State Governor, Babatunde Fashola.

The State Government has commenced sensitisation of the residents and owners of public places where smoking is prohibited by the law which implementation would soon begin.