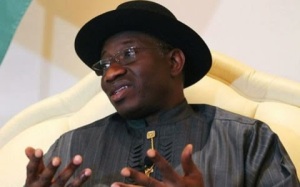 President Goodluck Ebele Jonathan will travel to Paris, France, Friday to participate in a summit convened by President Francois Hollande to discuss fresh strategies for dealing with the security threat posed by Boko Haram and other terrorist groups in West and Central Africa.

President Jonathan will be joined at the summit by Heads of State and Government of Benin Republic, Cameroon, Niger and Chad.

It is also expected that Britain, the United States of America and the European Union will be represented at the talks which will give special attention to the coordination and intensification of efforts to curtail the destabilizing activities of Boko Haram in Nigeria and neighbouring countries in the wake of the recent abduction of college girls from Chibok, Borno State.

President Jonathan, who will be accompanied by the Minister of Defence, Lt-Gen. Aliyu Gusau (rtd.), the National Security Adviser, Col. Sambo Dasuki (rtd.) as well as other principal aides and advisers, will return to Abuja at the conclusion of the summit on Saturday.

Special Adviser to the President